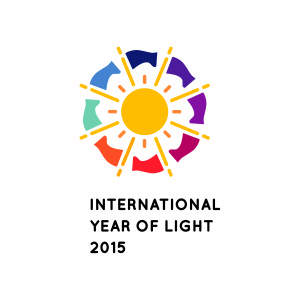 Specifically, the Year of Light and Light-Based Technologies, according to a UN resolution adopted by the General Assembly in December 2013.

Why? People use light to see themselves, each other and the universe. It’s an icon and unifying symbol in human culture. And light-based technologies play a critical role in energy, sustainable development, communications and health.

All year, more than 100 organizations in 85 countries will celebrate light, focusing on scientific and cultural themes. The International Year of Light seeks to educate the public about the history, science and cultural significance of light. It also seeks to highlight technological advances and foster education and greater international cooperation.

The year of light follows two 2014 Nobel prizes being awarded to scientists working with light-based technologies. Shuji Nakamura, Isamu Akasaki and Hiroshi Amano won the Nobel Prize for Physics for their development of the blue LED, which paved the way for white light. Eric Betzig, Stefan Hell and William E. Moener won the Nobel Prize for Chemistry for the development of super-resolved fluorescence microscopy.

The International Year of Light kicked off with opening ceremonies held January 19-20 in Paris, with patron sponsors including the Illuminating Engineering Society of North America (IES), which supports the Light Logic website. IES has plans for a number of initiatives planned to celebrate the IYL listed here. Other sponsors include the International Association of Lighting Designers (IALD) and Philips Lighting. Numerous activities are planned throughout the year. For specific information about upcoming activities, visit www.light2015.org.

What you need to know: