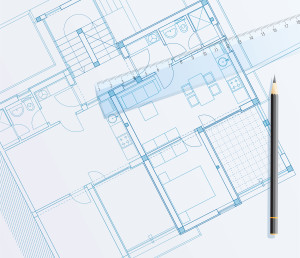 LED lighting is gaining widespread interest among residential architects for kitchen and bath spaces, according to a recent American Institute of Architects (AIA) survey.

The AIA’s Home Design Trends Survey for the fourth quarter of 2014 centered on design trends for kitchens and baths, where homeowners focus much of their attention to ensure these spaces meet their lifestyle needs. Kitchens, in particular, have solidified their standing as the center of operations within the home—a place for cooking, entertaining and family gathering.

Nearly one-third of respondents reported the number and size of kitchen/food/prep/storage areas were increasing—modestly higher than the fourth-quarter 2013 survey—while only four percent reported a decrease. Double islands are becoming more popular. Wine refrigeration and storage is making a comeback. Accessibility and adaptability are more important.

Much of the expansion in kitchens is more about this room evolving as a central activity rather than a cooking space, with significant growth in respondents saying computer work and device recharging areas are fast gaining in popularity as a feature.

Similar trends can be seen in bathroom design. One out of four reported that the size of bathrooms is increasing in their projects, with a very small number reporting decreases. The same percentage reported the number of bathrooms is also increasing. Adaptability and universal design are gaining in importance, as evidenced by increasing popularity of larger walk-in showers.

Among bathroom products, LED lighting again topped the list by a large margin, with four out of five respondents (81%) reporting LED lighting is increasing in popularity.

Results for the AIA Home Design Trends Survey conducted in the fourth quarter of 2014. The survey is conducted among a panel including principals, partners and other firm leaders of AIA member-owned firms with a residential specialization. The index score is computed as the percentage of respondents reporting increasing minus those reporting decreasing popularity.