Human sight relies on visual sensors, or rods and cones, which are located in the retina of the eye. Rods are able to function at extremely low intensity but do not process sharp images or colors. Cones are the opposite: they need a lot of light to work, but can easily process color and sharp images. In the eye, there are three different kinds of cone: red, blue, and green, which correspond to the primary colors of light. 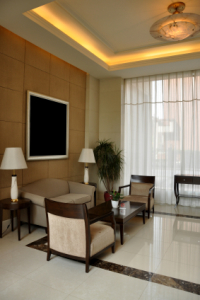 Here are the basic principles of additive color mixing.

The Definition of Additive Color

This means that when a white light is on in a room, or in any other given space, it is actually emitting a combination of red, green, and blue light. Most “white” lights are not actually pure white; they are, rather, slightly off white or tinted yellow. Despite our eyes reading this as normal white light, it really means that the bulb features green and red more prominently than blue, but only very slightly.

What this all comes down to is the light color you are after. For example, if you want magenta light, you may put a magenta filter in front of a beam of white light. What this means, then, is that you are actually removing, or absorbing, all the other light colors that are not magenta – absorbing the green aspect of the white light.

The secondary colors created by additive color mixing are actually the same colors that are used in most printers. This means that it’s possible to mix backward and create the initial three primary colors of light. As such, you can mix the following:

Again, this may seem counterintuitive, but you might be surprised to find how well this works.